Wow! It's been a long time since my last entry. Sorry about that. I guess twitter and facebook have kind of replaced this blog but since not everyone is on facebook and twitter, I'll make a couple entries from Arizona.

We arrived Tuesday afternoon and drove the rental car to the motorcycle rental place where we picked up an 1800 Honda Gold Wing. We had it for 3 days and drove about 600 miles overall. 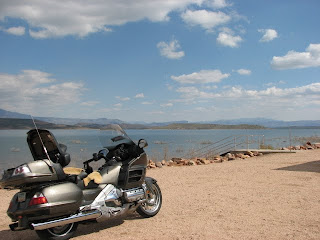 This next image is what helped make this ride more comfortable. It's a seat heater (as you can see)! The last ride we took was up to Payson and we were near 5000 ft. altitude with the temperature in the mid 40s for much of that ride. Add a strong wind and the speed of the Wing and I was on the edge of very cold. 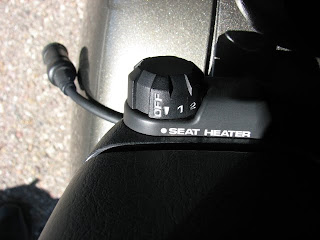 When we got to Payson, we decided to eat some lunch at the Knotty Pine Cafe. It's a very nice little Mom 'n' Pop kind of place. When we walked in an older gentleman invited us to join him at his table. It turns out he and his wife road Gold Wings for about 15 years. It was a very pleasant meal.

The following two pictures are from the Boyce Thompson Arboretum of the Southwest. It's a huge cactus garden for the most part. Unfortunately, I had the camera set on SMALL so these are not high-res photos. Drat. But you get the idea. 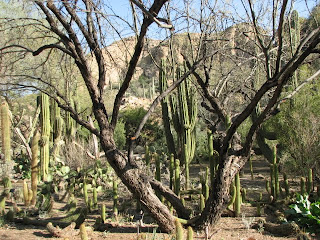 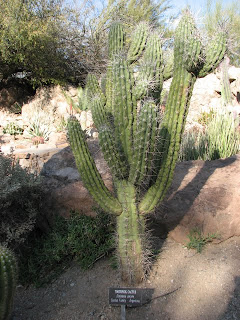 This last photo was taken coming back from Payson. I held a little video camera for the ride back and ran it until the battery gave out. We'll see what David uploads to YouTube later and I'll link to it. 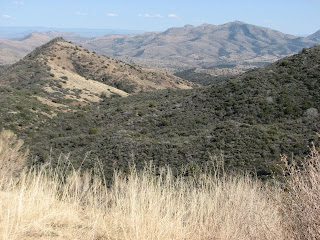