Today we went to Tucson to the PIMA Air and Space Museum. You'll have to click on the photos to see what's in them. 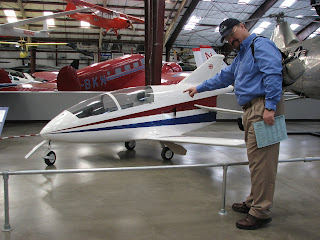 I don't remember half of what the tour guides had to say because I don't have the frame of reference David does, but it was very interesting stuff.

This is a picture of about a dozen B-52's mothballed. Over the last ten years or so they've dismantled all but about 100 of these behemouths to satisfy the nuclear disarmament treaty. Sad but necessary. Good that we aren't dragging the nuclear warheads around any more. We still could, but pretty much we don't. 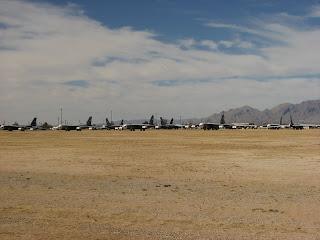 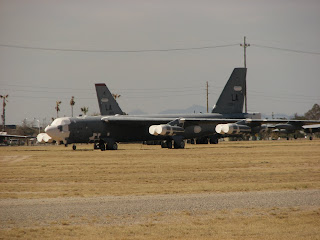 The story we heard about this one was someone saw it flying overhead after 2001 and called 911 to report a UFO carrying off an airplane. That's radar on top. 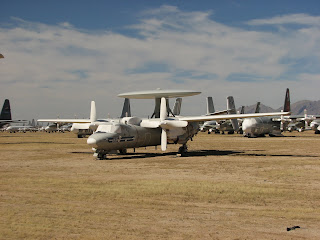