I've gotten two Comments on my blog from people I've never heard of before. I was dumb enough to click on the first one (see my own comment to the 4/2/8 entry). It took me to another website and started scanning my hard drive. It could have been a benign activity by a helpful website. However, I sincerely doubt it. I stopped it as soon as I realized what was happening, just a matter of seconds. But what harm it could have caused!

I discovered I could delete comments and did so, leaving the commenter's name and my own comment saying never to click on the "click here" message. A day later, there was a comment from someone else (perhaps--different sign-in name anyway) with a similar "click here" message. I have now completely deleted these comments.

What I haven't figured out is how to contact the Blogger people to let them know about this. There is an online forum but it doesn't have anything about this type of problem in it.

In the meantime, I just want to share some photos from our weekend repast. 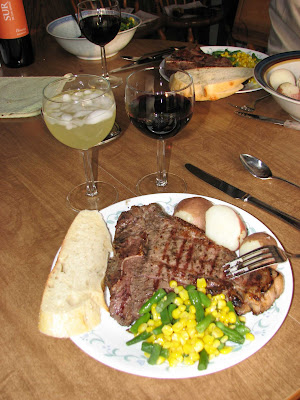 My company cafeteria sometimes has meat sales and this past week they sold t-bone steaks by the case. They are really quite tasty and David is a master chef with his (George Foreman) gas grill.

We have also gone to a few wine tasting events and this is one of the wines I purchased. 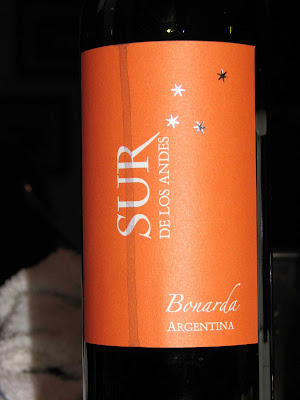 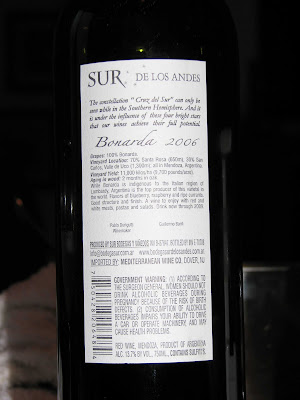 My final note before getting ready for work (my "magic" self-setting clock got me up an hour early this morning). We went to see "Leatherheads" yesterday afternoon. I definitely enjoyed watching George Clooney's antics on screen (he really is an adorable young man). Zellwegger gives a believable performance. Krasinski was rather lackluster but passable. But then, Clooney was definitely the star of the show.

Clooney was also the director and made a big editorial error: Zellwegger was shown smoking filtered cigarettes in 1925.

Although cigarette filters were invented in 1925 by a Hungarian named Ayvazh and patented at that time, they weren't in even limited production until 1927 in Europe. In 1935, in England, a machine that produced a cigarette with a filter was invented.

It wasn't until the 1950s or 1960s, depending on your source (I used Wikipedia, too), that filtered cigarettes became the norm.

Sorry, George. You need to do your homework a bit more carefully.
Posted by a2z at Monday, April 07, 2008

Anonymous said...
This comment has been removed by a blog administrator.
11:36 PM